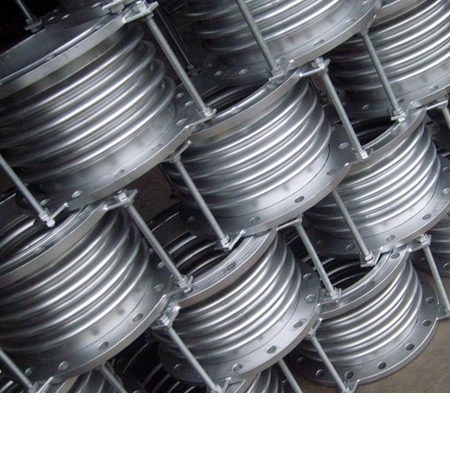 An expansion joint made of a metal bellows for a bellows compensator. It can stretch in the direction of the axis and also allows a small amount of bending. It consists of a nozzle, a bellows and a pair of hinges connected to the nozzle, which can only absorb the angular displacement of a single plane. When absorbing displacement, there should be two or three angular expansion joints used in combination.

The bellows compensator is a common axial bellows expansion joint used for axial length compensation on the pipeline. In order to prevent exceeding the allowable compensation amount, a protective pull rod or a guard ring is disposed at both ends of the bellows, and a guide bracket is disposed on the pipe at both ends to which it is coupled. There are also corner and transverse expansion joints that can be used to compensate for corner and lateral deformation of the pipe.

The advantages of this type of compensator are space saving, material saving, standardization and mass production, and the disadvantage is a short life. Bellows expansion joints are generally used on pipes with low temperature and pressure and short length. With the increasing level of corrugated pipe production technology, the application range of such expansion joints is expanding.