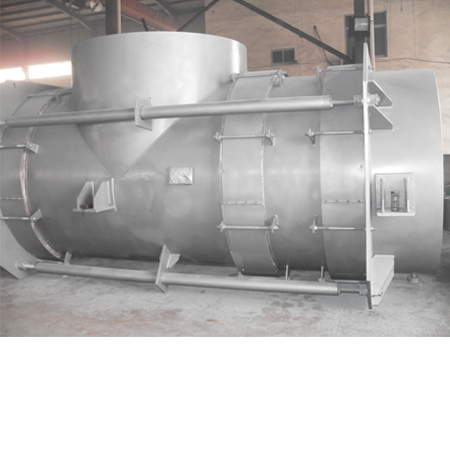 The pipeline compensator is mainly used to compensate for the thermal expansion and contraction caused by the temperature change of the pipeline. If the pipe does not expand or contract completely freely when the temperature changes, thermal stress will be generated in the pipe. This stress must be considered in the design of the pipe, otherwise it may cause the pipe to rupture, affecting the normal production. As an important part of pipeline engineering, the compensator plays an important role in ensuring the long-term normal operation of the pipeline.

1. The metal corrugated compensator consists of bellows (an elastic element) and end pipes, brackets, flanges, pipes and other accessories that constitute the working body. It belongs to a kind of compensation component. The effective telescopic deformation of the bellows of the working body is utilized to absorb dimensional changes caused by thermal expansion and contraction of pipelines, pipes, containers, etc., or to compensate axial, lateral, and angular displacements of pipelines, conduits, containers, and the like. It can also be used for noise reduction and vibration reduction. Widely used in modern industry.

2. The non-metallic compensator can compensate the axial, lateral and angular displacement of the pipeline. It has the characteristics of no thrust, simplified bearing design, corrosion resistance, high temperature resistance, noise reduction and vibration damping, etc. It is especially suitable for hot air ducts and soot pipes.

Second, the role of pipeline compensator:

1. Compensate for the axial, lateral and angular thermal deformation of the absorption pipe.

2. Absorb the amount of deformation of the pipeline caused by earthquakes and subsidence.

3. The amount of expansion and contraction of the corrugated compensator facilitates the installation and disassembly of the valve pipe.

Since the heat pipe made of metal such as steel has a relatively large change in length during thermal expansion and contraction, when designing and installing the heat pipe, it should be ensured that the pipe can be freely expanded and contracted, otherwise the pipe will generate huge heat. The stress causes the pipe to rupture and the flange joint surface is not tight, resulting in leakage and damage to the hanger and hanger. For this reason, the pipe should be thermally compensated.